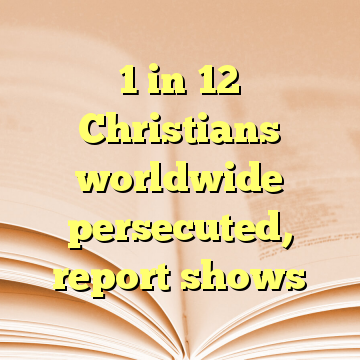 (Worthy News) – About 215 million Christians are being persecuted due to their faith, according to a report released by the Open Doors organization Wednesday. This represents 1 in 12 Christians worldwide.

The most dangerous place to be a practicing Christian is in North Korea. There is also a high level of persecution against Christians in the Palestinian Territories, the World Watch List report showed.

Released by the Open Doors organization, the list is an annual report on the global persecution of Christians ranking the top 50 countries where Christians are persecuted due to their faith. Released at the beginning of each year, the list uses data from Open Doors field workers and external experts to quantify and analyze persecution worldwide. [ Source: Jerusalem Post (Read More…) ]