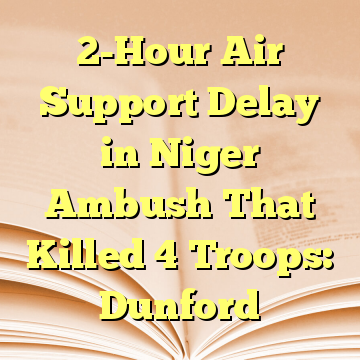 Dunford also said that the military still had no explanation for how Army Sgt. La David Johnson came to be separated from others in the joint patrol with Nigerien forces in western Niger near the border with Mali.