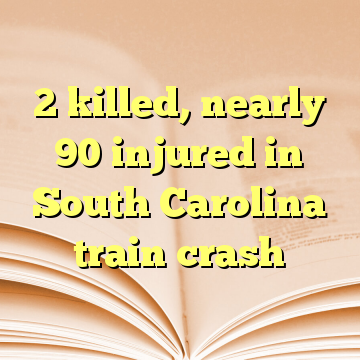 Amtrak’s Silver Star was on its way from New York to Miami with eight crew members and about 140 passengers when the crash happened around 2:45 a.m. near Cayce, authorities said.