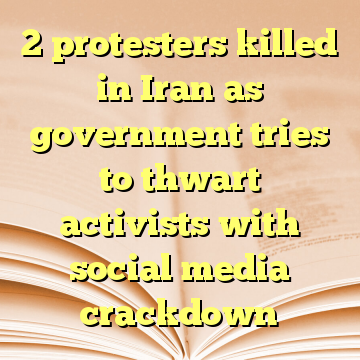 The deaths, which were reported Sunday by the semi-official Mehr news agency, marked the first time protesters were killed in the demonstrations that began Thursday over economic woes facing the country.

Hundreds of protesters have been arrested since Thursday, including 200 in Tehran on Saturday, according to Iranian media reports. [ Source: USA Today (Read More…) ]