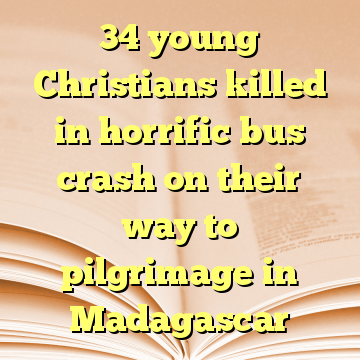 (Worthy News) – At least 34 young Christians are reported to have been killed in a tragic accident on their way to pilgrimage in Madagascar.

Authorities said Tuesday that the bus was carrying the Christian group when it plunged down a steep ravine at Ankazobe, around 45 miles north of Madagascar’s capital, Antananarivo.

Police spokesman Herilalatiana Andrianarisaona told AFP that the accident caused the bus to catch on fire. Photos from the scene showed the crumpled wreckage of the bus lying on its side. [ Source:Christian Today (Read More…) ]