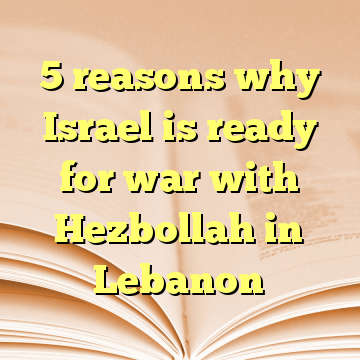 “Our face is turned toward peace, we are ready for any eventuality, and I don’t suggest anyone test us,” he said Tuesday in a video message he posted on Twitter, the sound of helicopter blades whirring in the background.

The mixed message signaled Israel’s ambivalence about taking on the terrorist group Hezbollah 12 years after Lebanon and Israel were left gutted by a summer war. [ Source: Jerusalem Post (Read More…) ]