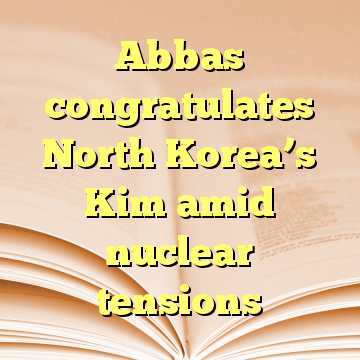 “The Korean people offered the most precious sacrifices for their freedom and dignity,” Abbas said in a telegram to Kim, the PA’s official news outlet, Wafa, reported.

The US and Korea have locked horns over the hermit nation’s nuclear and missile programs, with US President Donald Trump also ratcheting up the rhetoric and promising Pyongyang “fire and fury.” [ Source (Read More…) ]