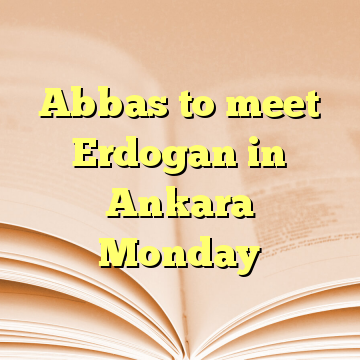 Fatah, Abbas’s party, and Hamas have been at loggerheads since 2007 when Hamas took over the Gaza Strip in a coup d’etat and ousted the Fatah-dominated PA from the territory.

Turkey is one of Hamas’s closest allies and has sent millions of dollars in aid to the Strip in the past 10 years.

In the past couple of months, however, Hamas has placed its bets on improving its relations with one of Turkey’s regional rivals, Egypt. Hamas and Egyptian officials have met a number of times to discuss improving the security situation along the Gaza-Egypt border, economic relief for Gaza, and other issues. [ Source (Read More…) ]