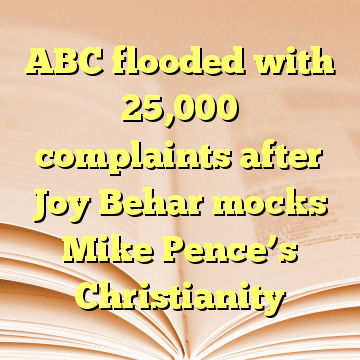 (Worthy News) – Joy Behar’s mocking of Christianity as a mental illness isn’t going away as an issue.

According to the Media Research Center watchdog group, more than 25,000 people had called ABC by early Monday morning to complain about a segment on “The View” in which the comedian specifically said Vice President Mike Pence suffers from the delusions of prayer.