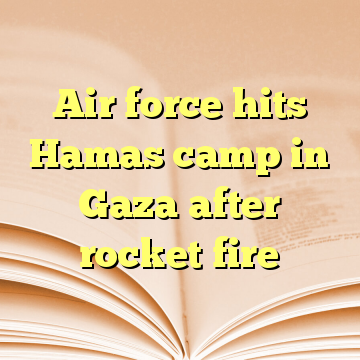 (Worthy News) – The Israeli Air Force hit a Hamas camp in the southern Gaza Strip early Tuesday in response to a rocket fired at Israel hours before, the army said.

The army said it targeted a Hamas facility because Israel holds Hamas responsible for all rocket fire and violence emanating from the coastal enclave. There were no immediate reports of casualties in Gaza.

Late Monday, terrorists in the Gaza Strip launched a rocket at Israel that hit an open field in the Eshkol region, Israeli officials said. [ Source: Times of Israel (Read More…) ]