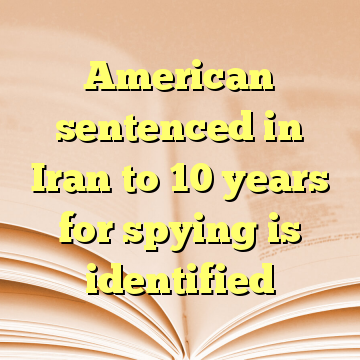 (Worthy News) – An Iranian court has sentenced a Chinese-American man to a decade behind bars on charges of spying for the United States.

The dual national was identified as Xiyue Wang, a 37-year-old history researcher, according to Mizan Online, a website affiliated with the judiciary. He was not previously known to be among the handful of Americans detained in Iran.

The man was “gathering information and was directly guided by America,” deputy judiciary Chief Gholamhossein Mohseni-Ejeie said on state television Sunday, adding that the “sentence can be appealed.” [ Source:Fox News (Read More…) ]