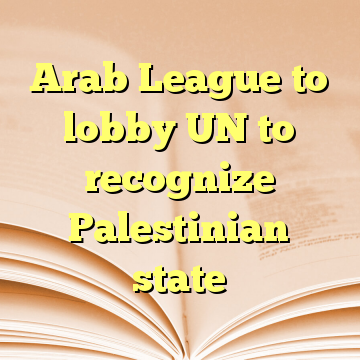 (Worthy News) – Arab states will soon embark on a diplomatic drive to persuade the United Nations to recognize a Palestinian state with east Jerusalem as its capital on territory captured by Israel in the 1967 war, Jordan’s Foreign Minister Ayman Safadi said.

Six Arab foreign ministers met in Amman on Saturday to follow up on earlier decisions taken by the Arab League to counter US President Donald Trump’s move in December to recognize Jerusalem as Israel’s capital, a decision that overturned decades of US policy on the Middle East.

A committee made up of Egypt, Morocco, Saudi Arabia, the United Arab Emirates, the Palestinians and headed by Jordan was set up after an emergency meeting of the Arab League in Cairo shortly after Trump’s decision that called on Washington to abandon its decision. [ Source: Jerusalem Post (Read More…) ]