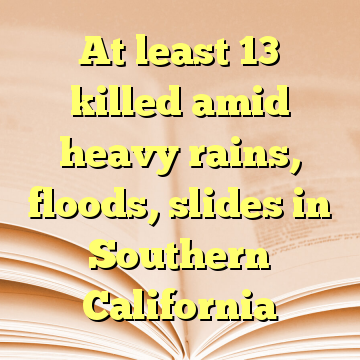 (Worthy News) – At least 13 people died as a result of heavy rains that triggered flooding and mudslides in fire-ravaged parts of Southern California.

In addition to the 13 deaths at least 25 people were injured. Crews rescued 50 people through the air and dozens more by ground. [ Source: UPI (Read More…) ]