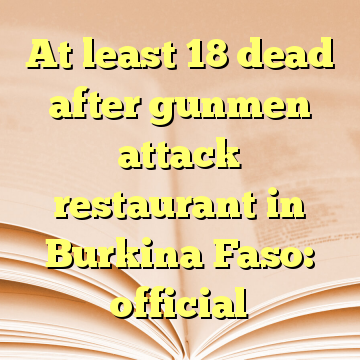 (Worthy News) – Suspected Islamic extremists opened fire at a Turkish restaurant in the capital of Burkina Faso late Sunday, killing at least 18 people in the second such attack on a restaurant popular with foreigners in the last two years.

There was no immediate claim of responsibility for the violence, which continued into the early hours Monday. Gunfire could be heard almost seven hours after the attack began.

“This is a terrorist attack,” Communication Minister Remi Dandjinou told a news conference, according to the Reuters news agency. [ Source (Read More…) ]