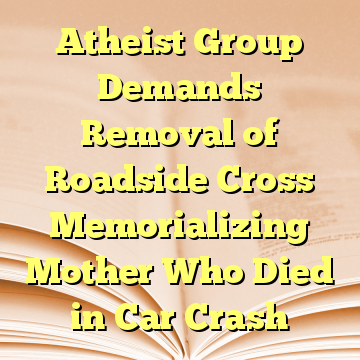 (Worthy News) – An atheist activist group is demanding that the city of Salem, Oregon, remove a roadside cross that was purportedly erected to remember the life of a mother who was killed in a tragic car crash years ago, arguing that the symbol’s presence on public land is unconstitutional.

This is reportedly the first time that the cross, which is about four feet tall and has reportedly been near a local road for more than a decade, has received any complaints, KATU-TV reported.

“We had a woman killed there in an accident 10 or 12 years ago,” Salem Mayor Chuck Bennett told the outlet. “Her children wanted to put up a memorial to her, did and have maintained it ever since.” [ Source:CBN News (Read More…) ]