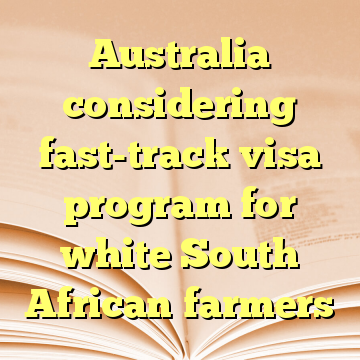 In addition, Sky News Australia reported that white South Africans are being murdered at a rate of more than one per week, according to News Corp Australia chief Paul Toohey, who travelled to South Africa to investigate. In the wake of such claims, Dutton suggested to the media that a humanitarian visa may be what is needed. [ Source: Fox News (Read More…) ]