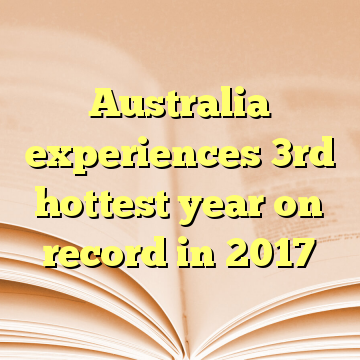 Much of the World heritage-listed Great Barrier Reef off Australia’s northeast coast has been left a white graveyard due to unusually high ocean temperatures causing mass bleaching of coral expanses in 1998, 2002, 2016 and 2017.

The Australian Bureau of Meteorology said in its annual climate statement on Wednesday the unprecedented bleaching episodes in consecutive summers came as sea surface temperatures around Australia in 2017 were the eighth highest since records began in 1900. [ Source: Fox News (Read More…) ]