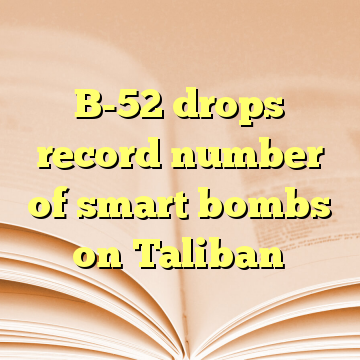 (Worthy News) – The US has set a record for the number of guided bombs dropped from a single bomber in a series of strikes against the Taliban.

A B-52 dropped 24 “precision guided munitions” on Taliban fighting positions in northern Afghanistan as part of a four-day campaign, according to US forces in the country.

The operations, conducted near the border with China and Tajikistan, hit Taliban training facilities which the militant group used to plan and rehearse terrorist acts. [ Source: Sky News (Read More…) ]