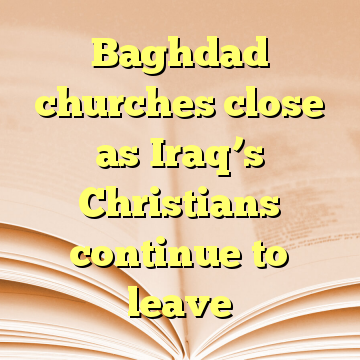 (Worthy News) – Eight churches in Baghdad have closed their doors permanently due to the mass exodus of believers from Iraq.

The decision, made by the Vatican earlier this year, comes after seven years of falling or no attendance and is symbolic of the wholesale emigration of Christians from the Middle East.