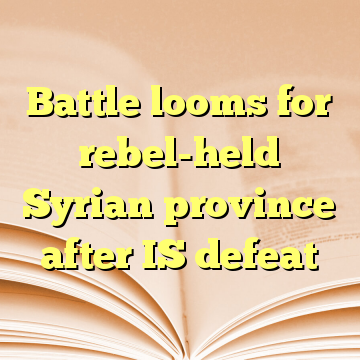 (Worthy News) – Syrian government forces and allied militiamen are advancing on the largest remaining rebel-held territory in the country’s north, forcing thousands of civilians to flee toward the border with Turkey in freezing winter temperatures.

The offensive on Idlib — a large province in northwestern Syria packed with civilians and dominated by al-Qaida-linked militants — was expected after the defeat of the Islamic State group late last year. Last week, Russia’s Foreign Minister Sergey Lavrov said the main military operations against IS in Syria have ended and signaled that the focus would shift to al-Qaida-linked militants.