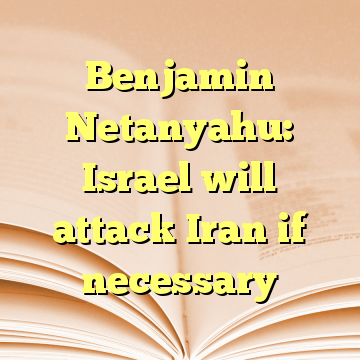 (Worthy News) – Israel is prepared for a direct conflict with Iran if the threat of the regime’s terrorist proxies increases, Israeli Prime Minister Benjamin Netanyahu warned.

“We will act if necessary not just against Iran’s proxies but against Iran itself,” Netanyahu said Sunday at the Munich Security Conference.

Netanyahu reinforced the point by showing the assembly of diplomats and international leaders a piece of the Iranian drone shot down after entering Israeli airspace eight days ago. Israel responded to the drone incursion with airstrikes against Iranian targets in Syria, but Syrian anti-aircraft defenses succeeded in downing an Israeli F-16.

“Israel will not allow the regime to put a noose of terror around our neck,” Netanyahu said. [ Source: Washington Examiner (Read More…) ]