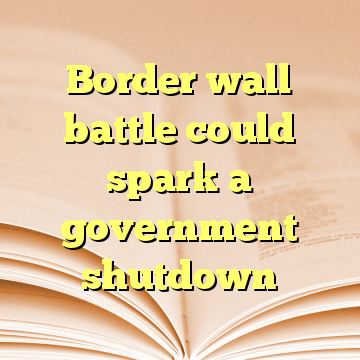 (Worthy News) – President Trump’s proposal to fund an extension of the nation’s southern border wall is pitting most Republicans against Democrats in a battle that could end up in a partial government shutdown.

Democrats have pledged to vote against further 2018 government funding legislation if it provides money for the wall, citing a wide range of reasons for opposing the structure, some of them political. [ Source: Washington Examiner (Read More…) ]