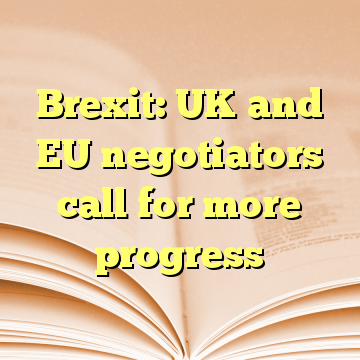 (Worthy News) – The European Union’s chief negotiator Michel Barnier has expressed concern about progress so far, as the third round of Brexit talks gets under way.

He warned that UK “ambiguity” must be removed and progress on “separation” issues made before any talks on the future EU-UK relationship.

For his part, UK Brexit Secretary David Davis said both sides had to show “flexibility and imagination”. [ Source (Read More…) ]