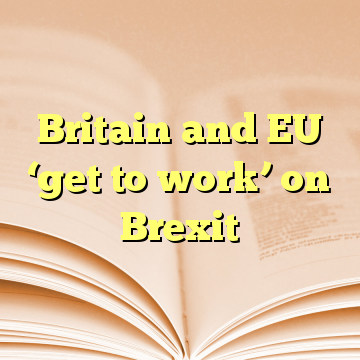 (Worthy News) – Britain and the EU said they would get to the “heart of the matter”, as the second round of talks were kicked off on Monday (17 July) in Brussels.

The EU’s chief negotiator Michel Barnier welcomed Britain’s Brexit minister David Davis in the European Commission, where working groups commenced detailed discussions on citizens’ rights, financial settlement, and other issues, such as jurisdiction of the EU’s top court and the UK’s Northern Irish border with Ireland.