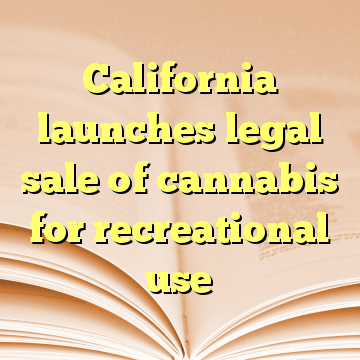 (Worthy News) – California will launch the world’s largest regulated commercial market for recreational marijuana on Monday, as dozens of newly licensed stores catering to adults who enjoy the drug for its psychoactive effects open for business up and down the state.

It becomes the sixth U.S. state, and by far the most populous, venturing beyond legalized medical marijuana to permit the sale of cannabis products of all types to customers at least 21 years old.

Colorado, Washington, Oregon, Alaska and Nevada were the first to introduce recreational pot sales on a state-regulated, licensed and taxed basis. Massachusetts and Maine are on track to follow suit later this year. [ Source: Reuters (Read More…) ]