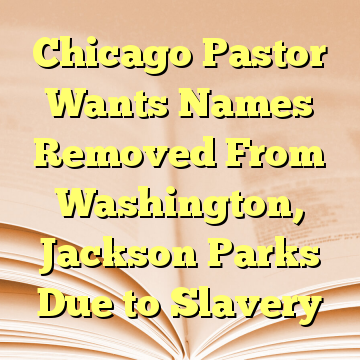 Bishop James Duke of the Liberation Christian Center said that the city should not honor slave owners in black communities, CBS Chicago reports.

A statue of Washington stands at the corner of 51st and King Drive, at the northwest entrance to Washington Park. Nearby Jackson Park has no similar statue, but is still named after the seventh president. [ Source (Read More…) ]