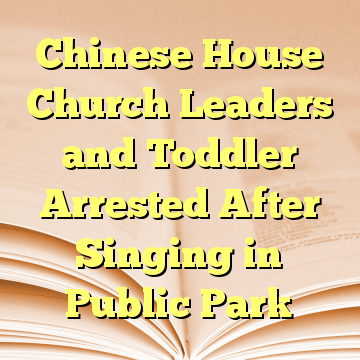 (Worthy News) – A Chinese house church pastor, her daughter, and her young grandson have been arrested, weeks after being accused of overstepping the country’s newly tightened religious restrictions.

Chinese officials warned Xu Shizhen in August that publicly sharing her faith puts her in violation of the government policy. It wasn’t her first run-in with authorities; five years before, her previous church was forcibly seized by officials and given to China’s official Three-Self Patriotic Movement church, according to ChinaAid.

After that, she started Zion Church. By singing, dancing, and preaching in the parks and public spaces of Xianning, Hubei province, Xu’s ministry broke the new law, which confines most faith activities to the walls of registered churches. [ Source: Christianity Today (Read More…) ]