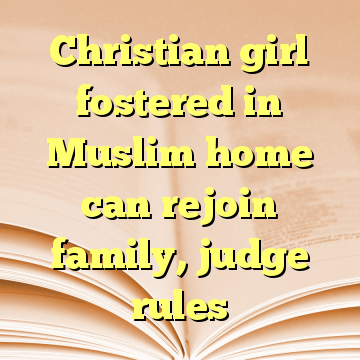 (Worthy News) – A five-year-old girl who was placed in the foster care of two Muslim households has been reunited with her family after a court ruled she could live with her grandmother.

The child had been placed with a carer who allegedly wears a burka when accompanying her in public.