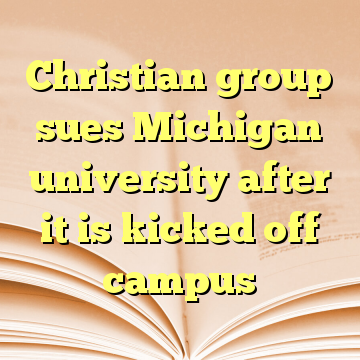 (Worthy News) – A Christian student group is suing a Michigan college after being stripped of its official recognition solely because it required its religious leaders to embrace Christianity.

After 75 years on campus, Wayne State University unconstitutionally de-recognized InterVarsity Christian Fellowship in October, because the group requires its leaders to be Christians, according to a lawsuit filed in federal court yesterday.

“I believe they were unfair and discriminatory,” Lori Windham, senior legal counsel at Becket, representing InterVarsity, told Fox News. “The university let dozens of other student groups choose student leaders according to their beliefs. There’s no reason to single out InterVarsity because of its Christian beliefs.” [ Source: USA Today (Read More…) ]