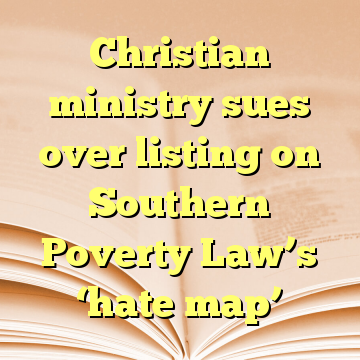 (Worthy News) – A conservative Christian media group has slapped the Southern Poverty Law Center with a defamation lawsuit after being listed alongside neo-Nazis and white supremacists on its ‘hate map.’

D. James Kennedy Ministries filed a lawsuit this week in federal court in Alabama alleging that the SPLC “illegally trafficked in false and misleading descriptions of the services” offered by the ministry, subjecting it to “disgrace, ridicule, odium, and contempt in the estimation of the public.”

“These false and illegal characterizations have a chilling effect on the free exercise of religion and on religious free speech for all people of faith,” said president and CEO Frank Wright in a Wednesday statement.