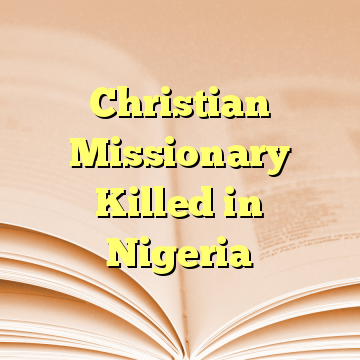 (Worthy News) – The British government on Monday announced the death of one Christian missionary who had been abducted in Nigeria last month and said three other missionaries had been freed.

The British Foreign Office said Ian Squire, who had been working with a Christian medical charity in southern Nigeria, was killed, but did not specify how he died. The three other missionaries, Alanna Carson, David Donovan and Shirley Donovan have returned to their families.

The four missionaries were abducted on October 13 in the Niger Delta region. It is still unclear how they were freed, as the Foreign Office said it could not comment on an active investigation. [ Source: VOA News (Read More…) ]