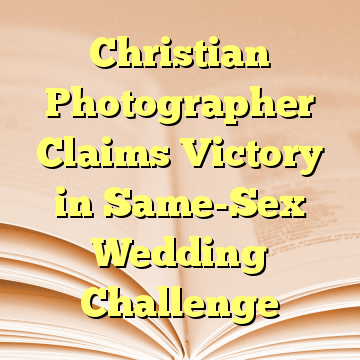 Lawson brought her case before the court after she shut down her photography business over concerns of being sued.

The key to victory in this is case was the fact that Lawson’s business does not have a physical storefront. The judge ruled that since it did not have a storefront, it “is not a public place of accommodation or amusement.”

“The court found and the city and state have now agreed that creative professionals without storefronts can’t be punished under public accommodation laws for exercising their artistic freedom because those laws simply don’t apply to them,” said Lawson’s attorney, Jonathan Scruggs of Alliance Defending Freedom. [ Source (Read More…) ]