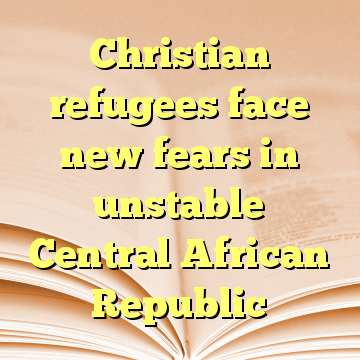 (Worthy News) – Almost five years ago, when Muslim rebels calling themselves Seleka — “Coalition” in a local language — overthrew Francois Bozize, the former president of the Central African Republic, Ms. Florence and other Christians fled to a camp for internally displaced people near Bangui M’Poko International Airport amid the fighting because she knew French peacekeepers could protect her there.

“What alerted me were detonations and rocket launchers,” she said. “Then I saw Muslim women slaughtering Christian women and their babies with sharp knives like animals. They even killed a pregnant woman in front of me.”

But the sense of security she enjoyed has evaporated since French peacekeepers left in late 2016, handing duties over to the 13,700-strong U.N. “stabilization” mission, known as MINUSCA. [ Source: Washington Times (Read More…) ]