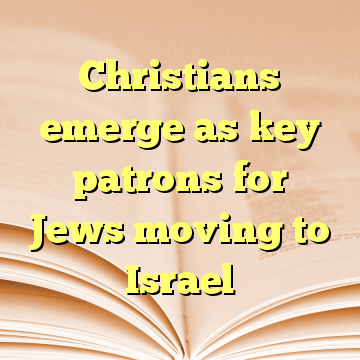 (Worthy News) – Seven decades after its foundation, Israel is relying on Christians to help fulfill the promise of encouraging Jewish immigration — and what was once a strictly Jewish-funded mission is increasingly being bankrolled by evangelical Christians.

Israel’s Christian allies now fund about a third of all immigrants moving to the country. That’s according to a tally by The Associated Press.

The figures reflect the ever tightening relationship between Israel and its evangelical Christian allies, whom Israel has come to count on for everything from political support to tourism dollars. [ Source: Fox News (Read More…) ]