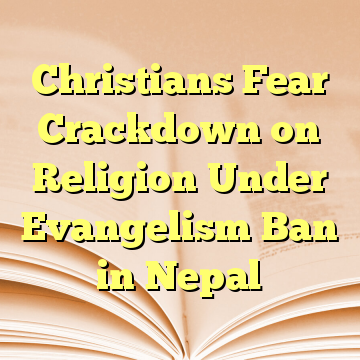 (Worthy News) – While attacks against the Christian minority has increased in Nepal, the Himalayan country’s parliament passed a bill criminalizing religious conversion and the “hurting of religious sentiment,” aiming to restrict evangelism. The move is likely to further escalate Christian persecution.

Clause 160 in section 9 of the bill, which restricts religious conversion, could be invoked against a wide range of legitimate expressions of religion or belief, including the charitable activities of religious groups, or merely speaking about one’s faith, which could be portrayed as attempts to convert others, said the U.K.-based Christian Solidarity Worldwide.

Clause 158 of section 9 of the bill, which criminalizes the “hurting of religious sentiment,” is similar to the blasphemy laws in Pakistan, which make it a criminal offense to insult another’s religion, CSW pointed out. [ Source (Read More…) ]