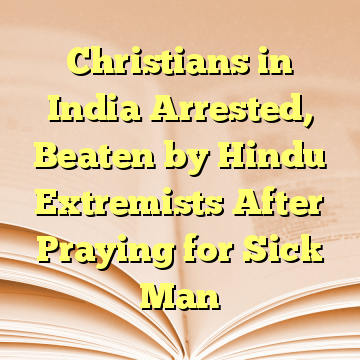 (Worthy News) – Seven Christians in India have been booked on charges of hurting religious feelings after Hindu extremists savagely beat them when they gathered to pray for a sick man at his home, sources said.

Police in Mathura, Uttar Pradesh state on Dec. 4 charged the six Christian men and one woman with “deliberate and malicious acts intended to outrage religious feelings” after a mob of about 20 Hindus led by members of the Hindu extremist Rashtriya Swayamsevak Sangh (RSS) entered the house porch and attacked those present.

The six Christian men were taken into custody, while the woman was not immediately arrested due to the absence of female police required to detain her, sources said. [ Source: Gospel Herald (Read More…) ]