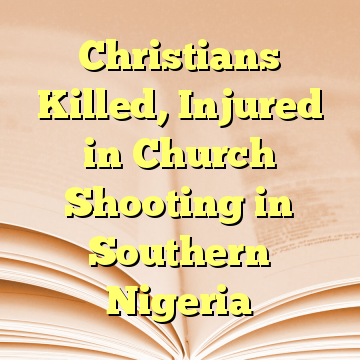 (Worthy News) – At least 11 people were killed in an attack on a Catholic church service in southern Nigeria today that apparently was rooted in a conflict with a relative of one of the parishioners, authorities said.

At least 18 others were injured in the shooting at St. Philip’s Catholic Church in Amakwa Ozobulu, near Onitsha of Ekwusigo Local Government Area (LGA) in tiny Anambra state, a state official said.