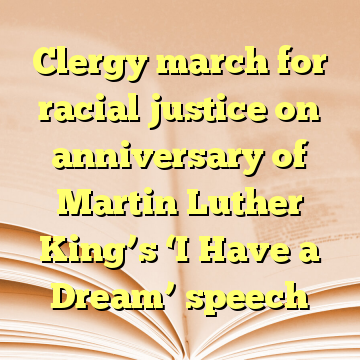 (Worthy News) – LaAnthia Washington lost a tooth weeks ago and had a dental appointment Monday. But the Forestville, Md., sought healing instead at the Ministers March for Justice.

She was troubled by terrorist acts, mass killings and abuse of children. So she wrote out a sign quoting the Bible verse from 2 Chronicles 7:14.

“I believe our land is hurting right now,” said Washington, a deacon at her Baptist church. “We’re the people coming together in His name.” [ Source (Read More…) ]