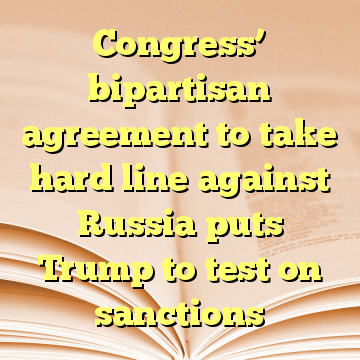 (Worthy News) –
Congress will vote this week on codifying Obama-era sanctions against Russia, pursuing a bipartisan deal that will mark lawmakers’ first major show of independence from President Trump.

In a deal announced Saturday, both Republican and Democratic leaders said they had worked through hurdles and came up with a final bill that includes penalties for Russia, Iran and North Korea. The three hot spots have bedeviled American policymakers for years.

But it’s the Russia sanctions that are likely to test Mr. Trump, who has sought flexibility to work with Moscow while lawmakers push for a harder line. [ Source:Washington Times (Read More…) ]