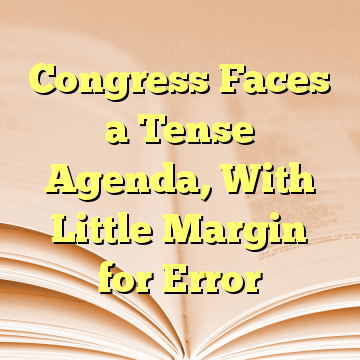 (Worthy News) – Congress returns Tuesday from its summer break and, in a test of the uneasy alliance between President Donald Trump and Senate Republicans, will have to grapple with keeping the federal government open, paying U.S. creditors and passing a hurricane-aid bill.

The list is long, and the time is short. The Trump administration is asking for approval of $7.85 billion to begin paying for the recovery from Hurricane Harvey, with a House vote scheduled for Wednesday. Congress also must keep the government running after current funding expires by Oct. 1, as well as raise the U.S. borrowing limit or risk defaulting on the nation’s debt.

Adding to the tension, the House and Senate are in session at the same time for just 12 days in September, and Mr. Trump and Senate Majority Leader Mitch McConnell haven’t met in weeks. [ Source (Read More…) ]