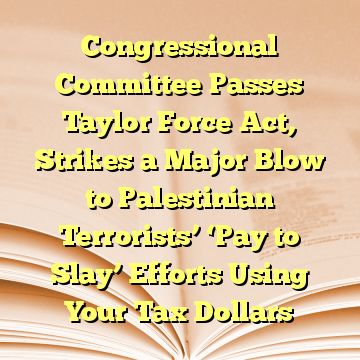 (Worthy News) – What would you say if you found out your tax dollars were indirectly going to pay Palestinian Arab terrorists to murder Israeli Jews and others? A new bill passed in the House now makes that impossible.

On Tuesday, the U.S. House unanimously approved the Taylor Force Act (H.R. 1164) which pressures the Palestinian Authority (P.A.) to stop the practice of paying convicted terrorists and their families by eliminating U.S. funding to the P.A. unless it stops these types of payments.