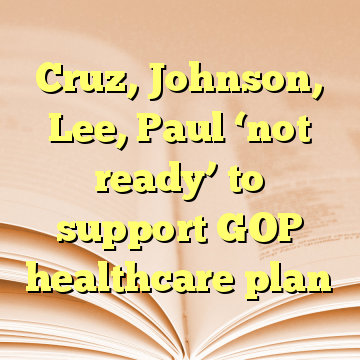 (Worthy News) – Four Republican senators are demanding changes to a GOP proposal to repeal and replace Obamacare, and warned just hours after the bill was released that they “are not ready to vote” on the proposal until it is altered.

It’s enough to sink the bill because Republicans can only afford to lose two Republicans in order to pass the measure with a simple majority. Republicans have a narrow 52-48 majority in the Senate.

“The current bill does not repeal Obamacare.” Paul said. “It does not keep our promises to the American people. I will oppose it coming to the floor in its current form, but I remain open to negotiations.” [ Source ]