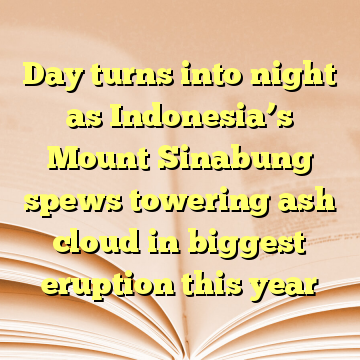 (Worthy News) – Mount Sinabung in Indonesia has erupted once again shooting plumes of smoke and hot ash over 23,000 feet into the air. The volcano had not been active for four centuries until 2010 and since then it has displaced 30,000 people.

Indonesia on Monday raised flight warnings around the volcano on Sumatra island to their highest level after its biggest eruption this year.

Indonesia also upgraded its Volcano Observatory Notice for Aviation (VONA) to red, its highest warning, and said the ash-cloud top had reached 23,872 feet, according to a ground observer. [ Source: UK Telegraph (Read More…) ]