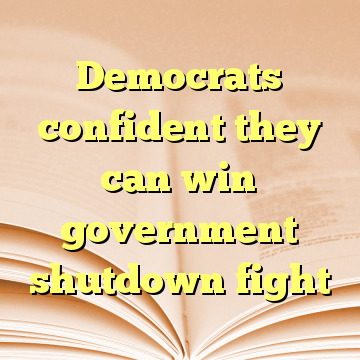 (Worthy News) – The federal government barreled toward a partial shutdown Monday as the Democrats in Congress dug in their heels in a battle of political wills with President Trump and his Republican allies on Capitol Hill.

The Democrats are demanding relief from deportation for illegal immigrants who participated in the Deferred Action for Childhood Arrivals program as part of a deal to keep the lights on in Washington. It’s risky; the party in the White House tends to win shutdown fights, as Republicans learned in 2013 and previously.

But the Democrats are confident. They are convinced the uproar over Trump’s denigration of immigrants from Haiti and certain African nations by referring to them as coming from “shithole countries” has given them the upper hand in the debate. [ SourceL Washington Examiner (Read More…) ]