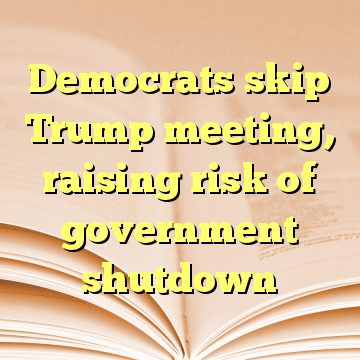 (Worthy News) – Democratic leaders in Congress skipped a meeting with President Donald Trump on Tuesday that was to have focused on the budget, raising the risk of a government shutdown next month with both sides far apart on the terms of an agreement.

After Chuck Schumer and Nancy Pelosi informed Trump they would not attend the meeting at the White House, the president and Republican congressional leaders went ahead with the talks without them. [ Source: Reuters (Read More…) ]