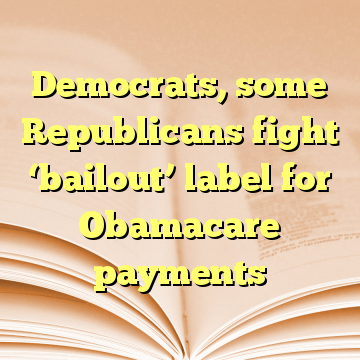 (Worthy News) – Democrats and some Republicans are fighting attempts by President Trump to label payments to insurers for lowering deductibles for poor people as “bailouts.”

The pushback could play a key role in landing enough political support for a short-term bipartisan deal to stabilize Obamacare’s exchanges, including making the insurer payments. Lawmakers and experts say the cost-sharing reduction payments to lower deductibles and co-pays, known as CSRs, are honoring an agreement to reimburse Obamacare insurers and are not bailouts.