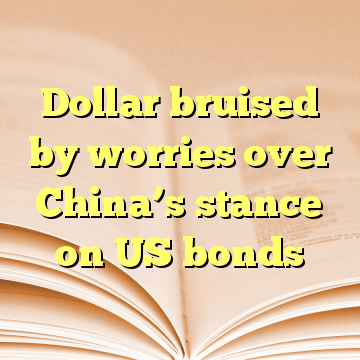 (Worthy News) – The dollar nursed its losses against the yen on Thursday, having suffered its biggest one-day drop in nearly eight months following a report that China was ready to slow or halt its purchases of US Treasuries.

The report sent US 10-year Treasury yields to 10-month highs and dented the dollar on Wednesday, which slid nearly 1.1 percent on trading platform EBS, its biggest one-day percentage fall versus the yen since last May. [ Source: Jerusalem Post (Read More…) ]