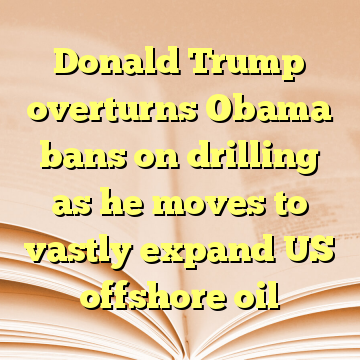 (Worthy News) – Donald Trump’s administration has announced plans to vastly expand oil and gas drilling in nearly all US coastal waters, reversing protections in the Arctic, Atlantic and Pacific.

Environmentalists, and some Republicans, sharply criticised the move which is part of Mr Trump’s “American Energy Dominance” plan.

It would be the most expansive US offshore drilling proposal in decades, including opening up federal waters off the California coast for the first time in more than 30 years. [ Source: UK Telegraph (Read More…) ]