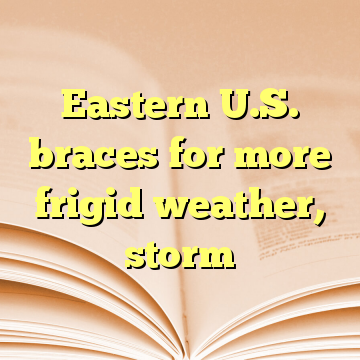 (Worthy News) – A record-shattering freeze kept its grip on much of the eastern United States on Tuesday, causing at least seven deaths and closing schools as forecasters warned of a storm that could slam some areas with blizzard conditions later this week.

Boston tied a 100-year-old record on Tuesday when it marked seven consecutive days of temperatures that did not top 20 degrees Fahrenheit (-6.7 degrees Celsius). Up and down the coast, people working outdoors struggled with the frigid conditions. [ Source: Reuters (Read More…) ]