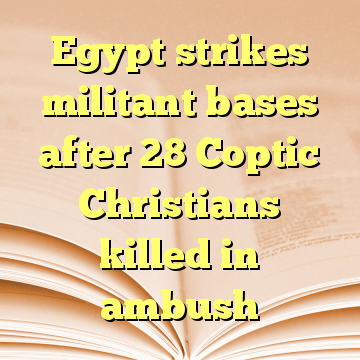 In a televised address, President Abdel Fattah el-Sissi said his forces were hitting what he called “training bases” for the militants who carried out the killings.

In the caravan attack, masked gunmen driving SUVs opened fire on the Coptic Christian pilgrims heading to a monastery about 130 miles south of the Egyptian capital. According to the local governor and Egyptian security and health officials, the gunmen killed 28 people, and injured at least 23. [ Source ]